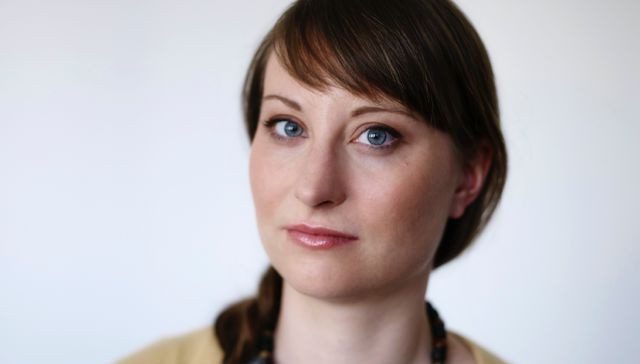 Undine Zimmer was born in 1979 in Berlin. She holds an M.A. in Scandinavian studies, German literature and media science from Freie Universität and Humboldt Universität in Berlin. With small jobs at newspapers and restaurants she worked her way through to an internship at the famous weekly newspaper ›Die Zeit‹. During her stay at ›Die Zeit‹ she got the chance to publish her first cover story »Meine Hartz-IV Familie« about her familiy-life and experiences as a member of a so called »Hartz-IV-Family« (referring to Peter Hartz – since 2005 a synonym for social welfare politics in Germany). The article was nominated for the Henry Nannen Preis 2012 for the category Essay and was published in an extended version as Undine Zimmers fist book in 2013 »Nicht von schlechten Eltern. Meine Hartz-IV Familie«. The book received positive responses from german radio stations and TV-Shows. Since May 2013 Undine Zimmer works as placement officer at a federal employment office (Jobcenter) in the South of Germany. Her Parents are still on welfare.

Undine Zimmer is the only daughter of a single mom. Unfortunately, her mom did not make it back into work life for many reasons and stayed unemployed, depending on social welfare. With very little money and almost no social network and family around, her mother tried to make the best out of it. Undine Zimmers first book takes the daughters perspective on a life together with her often overextended mother. The book compares her live to other so-called normal family lives around her. It is more about describing and understanding why her mothers stayed unemployed or her divorced father was not able to live his dreams than to judge her parents or society. How does it feel to live in a normality which is distinguished by the feeling to be a little  ›less‹ and ›behind‹ in almost everything, while everybody else pretends to be a little ›more‹ ? And how does it feel to be called on of the poor in a rich society? »Nicht von schlechten Eltern. Meine Hartz-IV Familie« wants to ask these questions and mess with stereotypes as well as to make an honest and authentic description on what it means for a child and for his parents to be on welfare these days – when there is no perspective to get out with one’s own powers.

The book is published by S. Fischer Verlage in August 2013